Quantifying the behavior of sub-Rayleigh and supershear ruptures

Earthquakes typically propagate at sub‐Rayleigh (or subshear) speeds. Though less common, earthquakes propagating at supershear speeds (at speeds higher than the shear wave speed), are by far more destructive. Hence, it is important to quantify the motion characteristics associated with both types of earthquake ruptures.

We have recently characterized the full-field behavior of sub-Rayleigh and supershear ruptures, using our ultrahigh-speed digital image correlation approach (Rubino, Rosakis, Lapusta, JGR, 2020). Our measurements show the structure of dynamic ruptures at a level of detail that, until recently, was only attainable by numerical simulations. This work has been featured in the EOS Editors' Highlights of the weekly magazine of Science News by AGU.

The maps of particle velocity confirm the dominance of the fault-parallel motion over the fault-normal for supershear ruptures, while the opposite occurs for sub-Rayleigh ruptures, as observed in prior sparse pointwise measurements. At the same time, the velocity maps reveal additional spatiotemporal features, not captured by pointwise measurements. These new observations include the change in sign of the fault-normal velocity with increasing distance from the fault for supershear ruptures, and the transition from one to two peaks in the fault-parallel velocity time history for sub-Rayleigh ruptures. 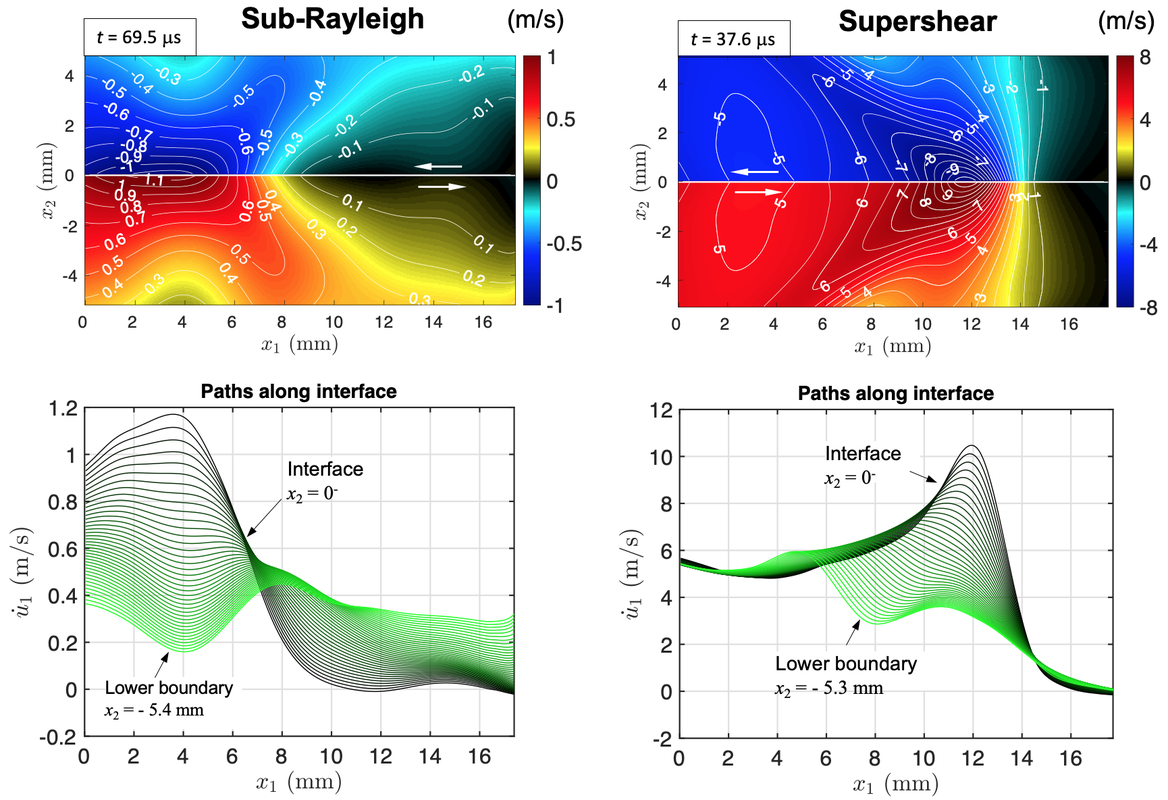 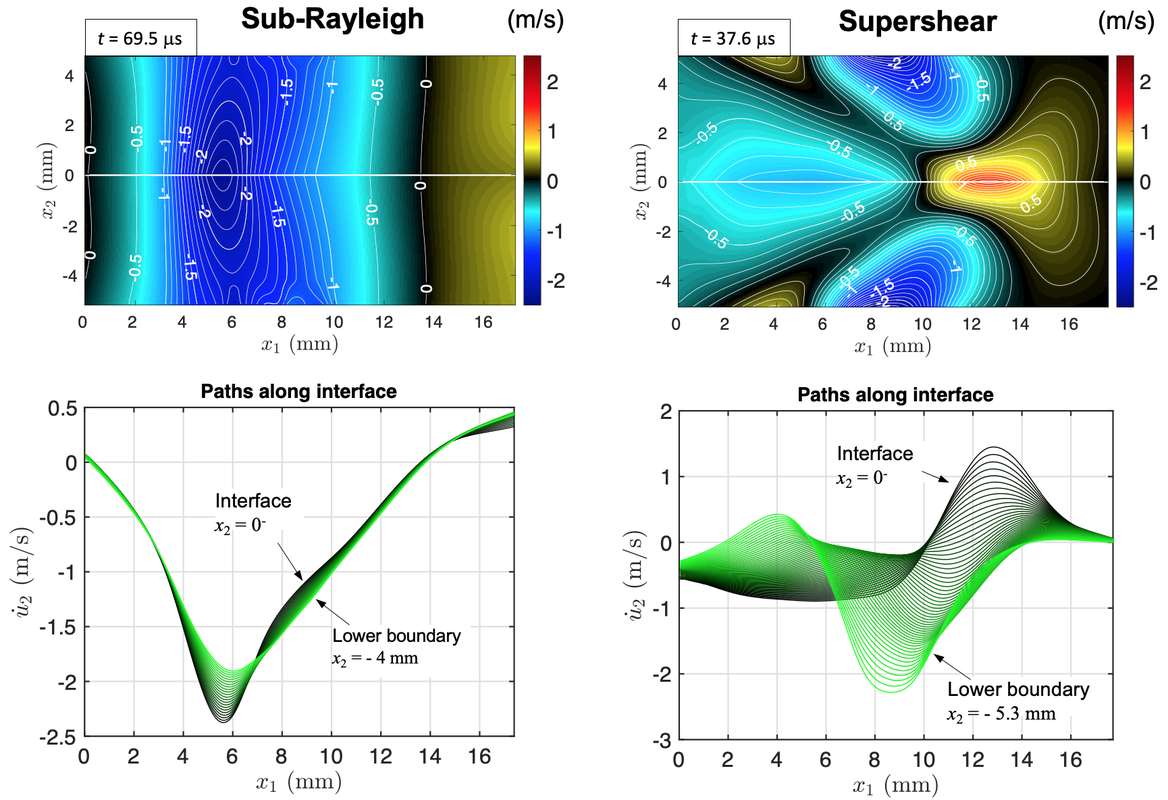 Spatiotemporal surface of the fault-normal velocity of a supershear rupture

At the beginning of the animation, the fault-parallel velocity time history is shown for a point on the interface. The plot is then rotated to display the axis perpendicular to the interface (x2) and the animation continues by incrementally adding time histories at increasing values of x2. The three-dimensional plot is then spun around to show the spatiotemporal surface. Credit: Rubino, V., Rosakis, A. J., & Lapusta, N. (2020). Spatiotemporal properties of sub‐Rayleigh and supershear ruptures inferred from full‐field dynamic imaging of laboratory experiments. Journal of Geophysical Research: Solid Earth, 125, e2019JB018922. https://doi.org/10.1029/2019JB018922.

Featured in the EOS Editors' Highlights